Charles Ajoloko was granted an extension to file a motion for rehearing, rehearing en banc and clarification.

Charles’ 9.141 Writ of Petition for Habeas Corpus for Ineffective Assistance of Appellate Counsel was Denied without a reason. Therefore, we do not know why the petition was denied..

However, filing a motion  for rehearing is difficult ,as we do not know the reason(s)behind the denial of Charles petition.

However, filing a motion for rehearing en banc is defined by Wikipedia as the following,

In law, an en banc session (French for “in bench”) is a session in which a case is heard before all the judges of a court (before the entire bench) rather than by a panel of judges selected from them.

We are hoping that if the entire bench rather that 3 judges reheard Charles petition, perhaps together, they would see the injustices that took place

We are not challenging the intelligence,the competency or the industry of the court; however, it is felt that perhaps the court may not have looked at it as seriously had it been filed by an attorney and not PRO SE. 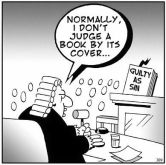 The Florida Bar say, “Motions for rehearing, clarification, certification, rehearing en banc, and/or for written opinions should be filed sparingly.“

These motions are also rarely granted.