They want to watch the video again, so if we can

get that set up.

All right. You ready for the next paragraph? Are

a lot of guns black? 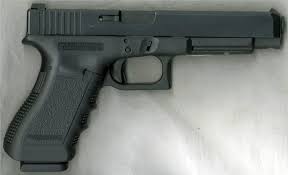 Our Attorney: Are what?

THE COURT: Are a lot of guns black? Is a Glock an

from each other? Are Glocks easily accessible?

to rely on evidence received. No other evidence to be

THE COURT: asking Our Attorney, do you agree?

Our Attorney:  I think that’s pretty much the

standard way to answer the questions. That’s fine. (Wow, what a great attorney we had)

These are Glocks. Can you tell the difference? Maybe they are the same gun. Maybe not. She said the one in the picture was the exact gun used. 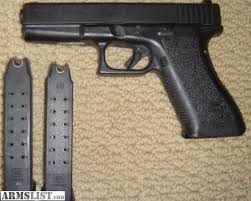 The victim was shown one black and white picture with 2 guns, a Glock and a Ruger. She said the gun was black. The Glock in the picture she was shown was black and the Ruger was black with chrome on top. Hmmmmmm. She said it was the black gun.

My next post will answer the question that knocked the prosecutor out of his socks.

Look at the guns below. Are they the same gun? You tell me. How can one know with out something discernible obvious in the photo like a serial number. How can anyone identify a black and white picture? A picture taken from the cell phone of the guys that robbed my son. A search of one of guys residences revealed another gun and ammunition. OH and a bandana. It’s in the police report. A report that no one cared to read. Not even OUR ATTORNEY. 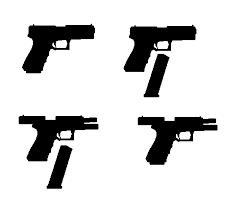 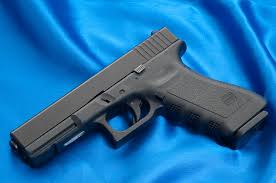 One thought on “The jururs wanted to know if Glocks of the same color and model look alike…………………..”